Smilegate has been preparing for over 6 months now, they have made many changes to the game’s balance and improved it with some QoL changes. This is part 1 of the 3 part development letter by [CM] Risha.

Hello Adventurers!
It’s been a long while. It’s [CM] Risha!

I wanted to give a reply as soon as I read all the sincere messages from everyone, filled with excitement and I know everyone is anxiously waiting. I think there are a lot of things you might be wondering about but… BEFORE WE GET TO THAT… Let us take a second and look back at the journey we’ve been on through Lost Ark.

All the adventurers who’ve waited for Lost Ark can probably remember… Since we first unveiled Lost Ark to you, we’ve been working to fulfill the goals drawn up in this blueprint.

This is the blueprint for Lost Ark we first showed at the CBT Media Day. The first step of the process was to identify the core mechanism of the content that would be the center of Lost Ark. In the second step, we wanted to expand the content structure by expanding the continent, navigation, and adding islands. We slowly progressed on all the content one by one. During this process we carefully reflected on all the received feedback from all the players. Now, with the adventure composition finished, Lost Ark is now progressing towards ‘Balance and Perfection’. Your feedback during this phase will allow us to tighten up all the loose ends.

So let’s talk about the feedback you’ve provided.

In the last CBT, I also jumped into Lost Ark together with all the adventurers to experience the test.

I was able to fully appreciate the various feedback that you all had to give about the battles, and we will revisit the suggestions for the battle system, which were common. After being defeated, there was a lot of feedback about downtimes that downed characters could not act and were simply resigned to wait idle until everything was finished.

The characters who were defeated had to wait to wake up without being able to activate any skill. In the last test too, I was struck down by a monster and felt like I was floating in silent limbo. This situation not only cut off the flow of battle but also gave a sense of frustration, so I became very sympathetic to the feedback from the adventurers. 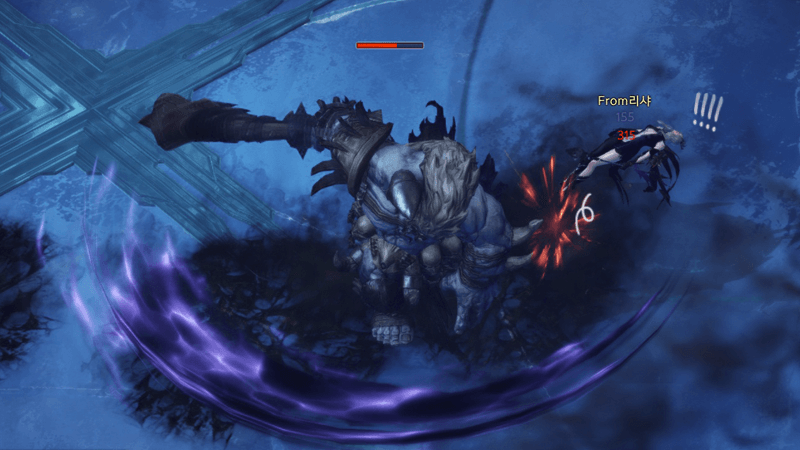 Not only this, many people gave the opinion that when hit by a monster, it would often cut off the skill or attack, which would a stop the flow of battle as well as the excitement.

It’s very frustrating when your spell casting is broken/cancelled… I felt what many people experienced. What should we do about this inadequate experience in the flow of battle!? 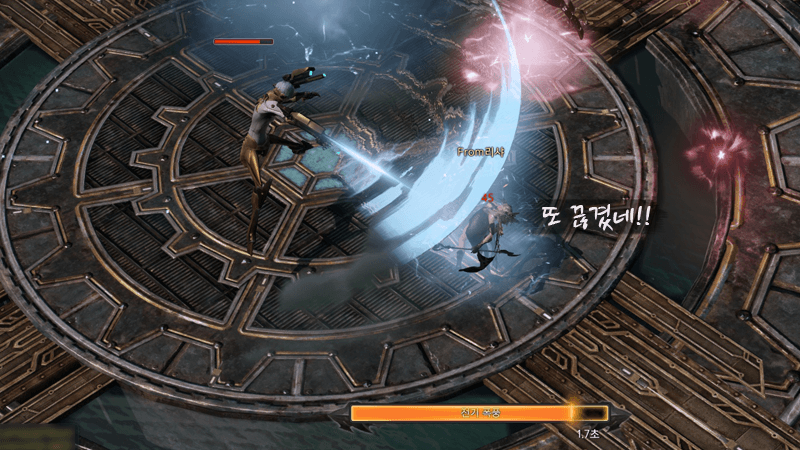 For Melee classes (Close Range) there is an even greater risk of getting hit by strong attacks and status ailments.

I understand that you had a harder time dealing with battles because you were unable to respond in a timely manner.
Our only sin was to risk fighting on the front line, so why are you doing this to us?
If you take a look at these experiences in combat, you will be able to put together a message saying that it is necessary to enhance the quality during battle situations.

Based on the feedback you provided, we have made a wide range of choices regarding attacks and evasion.
We are in the process of making improvements to make monsters more visible and responsive.

Major Improvements include:
• Get Up Trinket: The skill will is now basic and will work automatically, you don’t need any ability or coliseum rewards.
• Crowd Control System Improvements: Added a meter over monsters so you can see remaining time and strategically utilize your CC during combat.
• Attack Motion Reflex: We adjusted the frequency of skill usage for monsters in the leveling phase. Skills that will flinch you have been improved to add effects showing the attack range/radius and gives time for response.

In addition, we have introduced better Boss AI, Berserk System and Back-Attack Systems.
Battles have been improved to make them more fun for users.

We had a lot of adventures in Luteran.

The biggest hero in the whole country of Luteran, friend of King Silian, benefactor of all on on the island of Tortoik…
Anywhere we went, someone had heard of our name or rumors of our deeds.
But that’s not the case on the continent of Anich.

I participated in Anich’s famous arena tournament, I experienced bitter defeat several times, when finally the final blow! I won! Err—wait, why not?!
I thought I had won, but in fact I had a terrible realization as I faced defeat. 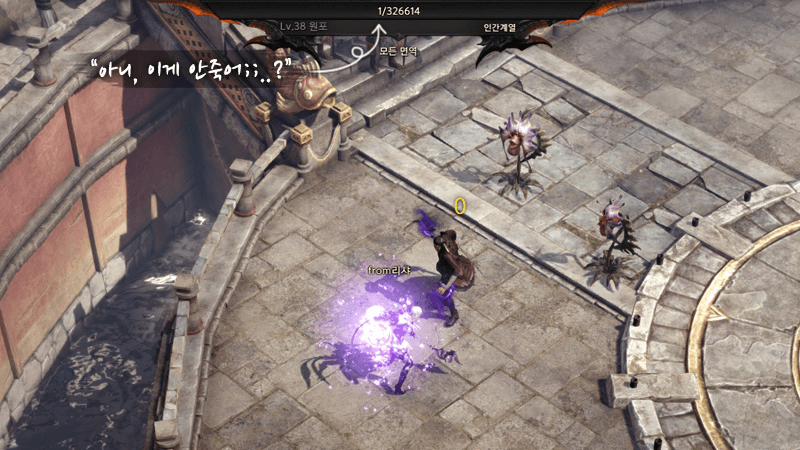 There was lots of frustration due to the dirty tricks from my opponent.
I was disappointed due to the ironic situation of being a coward. It was a conclusion without fulfillment or honor. 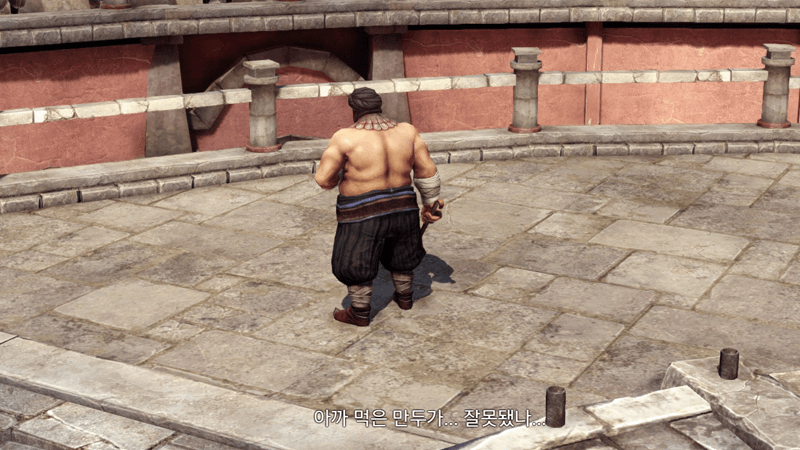 The hardships in Anich did not stop with the Main-Quest.
The Story of the demons suddenly appearing it was so hard to keep my head straight and to know where to go and what to do.
After the main quest, the epilogue quests and marathon quests.

Now that I think about it, I seem to remember it better… Anich was the most talked about area in the previous 2nd CBT. We are collecting feedback from many adventurers and are making improvements to create a pleasant and fun adventure.
You should be looking forward to the Anich that we’re working on now!

• Removed Forced Defeat: Removed the must-lose stage from Anich’s main quests; modified it so you first figure out how to win the opponent and then battle.
• Reconstructing The Story: We reconstructed the story with a focus on the flow of the plot of Tournament and Habek.
• Improved Quest Lines: Along with changing the location of some of the Squarehalls, we have changed the overall routing.
• Epilogue Quests: Removed the epilogue quests that were deployed on each continent after the voyage, until the completion of the full main questline. (Could be after Max level)
• More Squarehalls in every continent: Added more Squarehalls to the entire adventure zone, making it more convenient to travel.

Now to continue the story of the true hero of Anich.

We cannot continue without addressing certain convenience improvements of the game, and there was a lot of feedback in this part as well.
Especially, there were few voices that mentioned inconvenience related to inventory bags.

One adventuerer stressed that it took more time to organize their inventory that it did to hunt boss monsters!

And having to carry such a heavy bag filled with equipment that was unused.
Where on earth are the cold-hearted disenchantment merchants?

We examined these problems in various ways and thought that it is not the best solution to increase the number of bags, or to deploy additional NPCs.

Therefore, not only is it necessary to increase the size of bags in the first place, but also the ability to immediately disassemble the equipment from the inventory has been added, and card items that occupied space have been moved to another window. 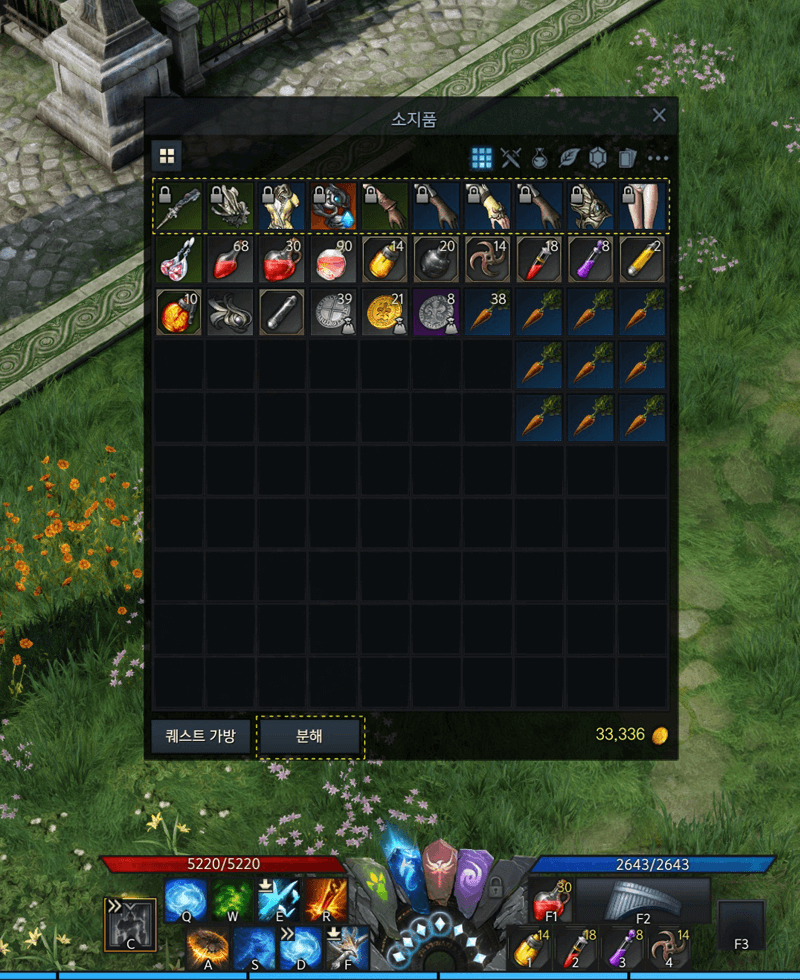 Also, we have added the ability to lock items into the inventory to prevent them from being disenchanted, discarded or sold.

There were many suggestions for improving the inconvenience of resetting skills every time.
So we have introduced a preset system to make it easier to set up the necessary skills for any situation.
Now you can save and manage your skill settings for various situations through skill presets. 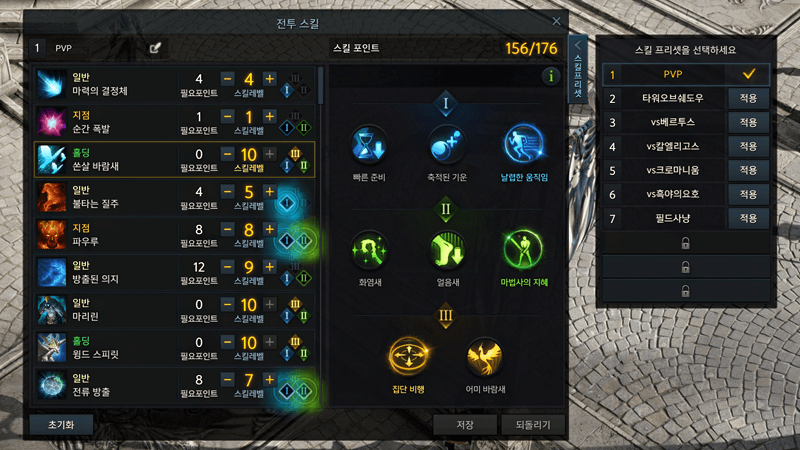 Another area of complaints was regarding item information.
Many people had questions about items purpose or the various natures of equipment or armor, which could be seen in chat or other methods.
This information will be brought together in a glossary where adventurers can look up information on the items they are curious about. 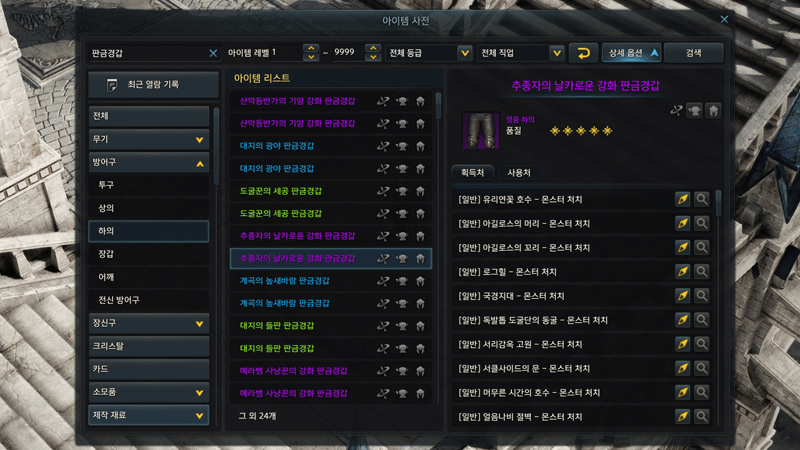 There were various other smaller convenience improvements as well;
Item Crafting, World / Mini Map Readability, UI Hiding For Screenshots, Hiding Head-Equipment.
A more convenient Lost Ark is waiting for you. In addition we are still looking at various feedback and hopefully it will be a pleasant adventure when we meet again.
The world of Lost Ark is going through a lot of construction. I would like to express my gratitude to all the adventurers waiting, I’ll be back soon.
By the way… I, who helped recapture Silian’s throne in Lutheran; why am I sitting alone on the bench? I’m the hero who saved the country! I deserve something! I’ve got to talk to Silian about this! 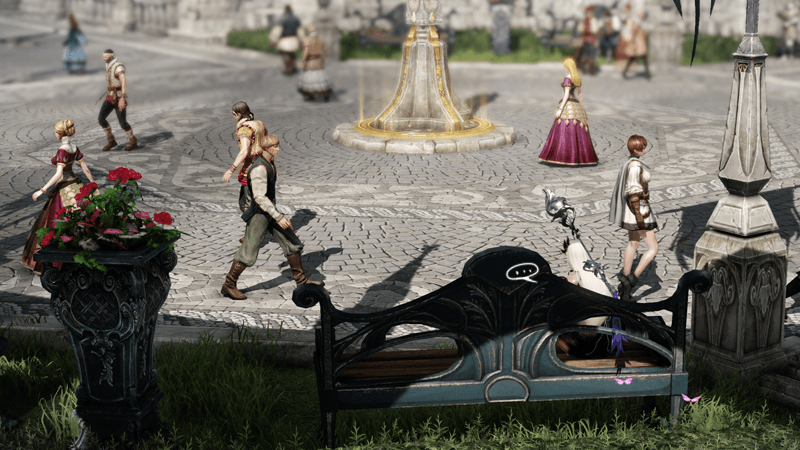 End of the direct translation, there is also a teaser site launched on lostark.game.onstove.com site showcasing that there will be 2 more parts of this development letter by Risha. One is probably about new classes and the other one is supposedly about the new contents in CBT3 and maybe an announcement. However, there are no dates or anything yet, just huge “COMING SOON” headlines.