Today, I prepared the story of the new continent Papunika that I told you last week.

Papunika is one of the places you should visit according to a survey “where to travel” in Arcrasia.

Papunika, full of things to see and do!

This time, it was said that the first singer Verbero, who paired up with Jon Neria, was also invited to Papunika, who is excited about the festival preparations, like Risha is in advance!

Let’s go to the exciting Papunika!

On my way to Papunika, I met a heavy storm.

I was caught up in a huge tsunami and I’ve been wrecked after years of sailing. How could this happen?

When I opened my eyes, I found myself in someone’s room.

When I looked around the room with my dizzy head, it was hard to piece together my story. 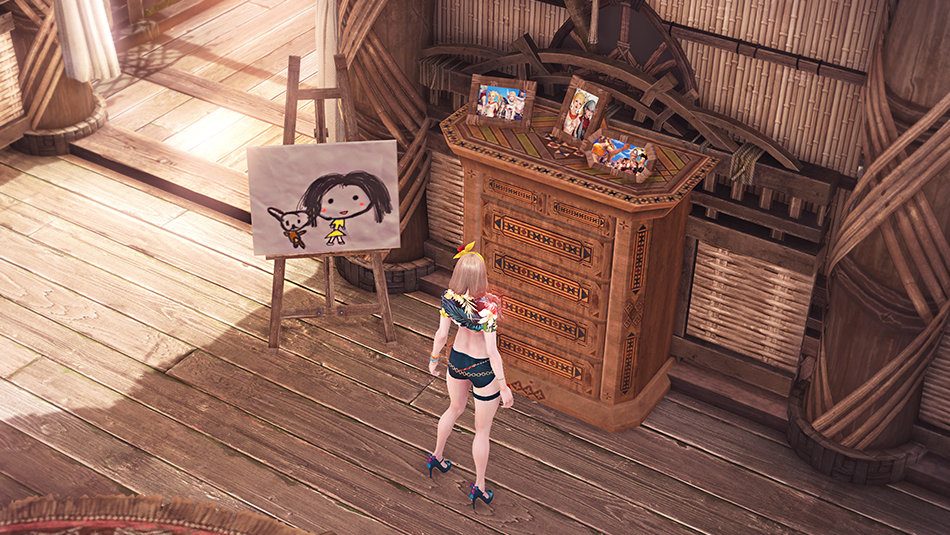 On the drawer, you can see photos of girls with different moods.

Wouldn’t there be one of the protagonists in the friendly photo that saved me?

I can’t see any more clues, so I’m going to open the door and look around!

The continent was swept by the storm, how is this place in full swing in preparation for a festival?

The first people I encountered when I left the room were the villagers of the ‘Shallow Sea Road’ in full swing in preparation for the festival.

Seeing me as a stranger and running to see me was entertaining, I can feel the warm and relaxed atmosphere of the people here.

‘Arina’ gave Papunika’s greetings and worried me from the storm.

It is said that Papunika here is in full swing at the festival, so enjoy and relax together.

Hot summers and festivals! Isn’t that a fantastic combination?

Here’s Papunika, you need to look around a bit more! 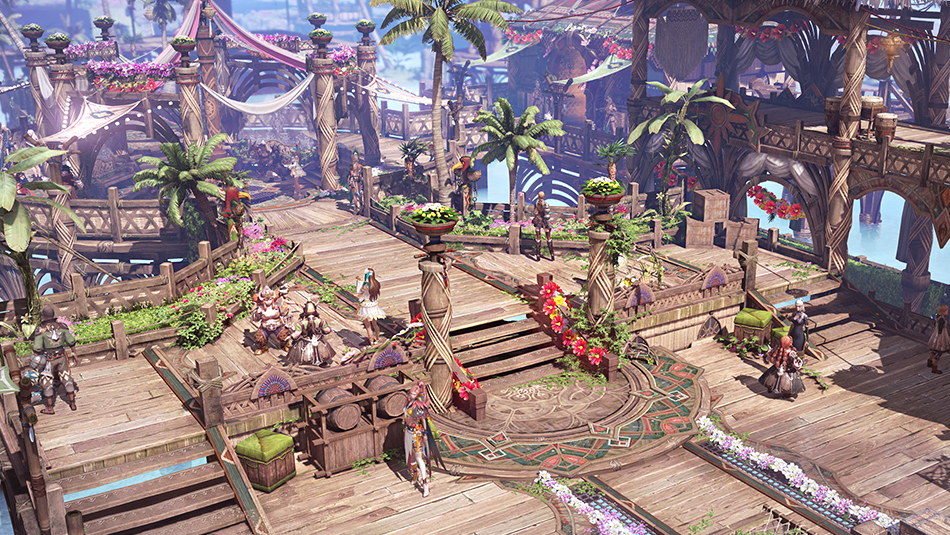 It is a port of Papunika continent located in a shallow sea area.

It is decorated with palm trees and colorful flowers.

As you can see from the designation of the shallow sea path, it seems that it is a perfect condition for playing in the water as the shallow waters surround the harbor.

As I see people surfing, I also want to try it!

There is a place to surf here… 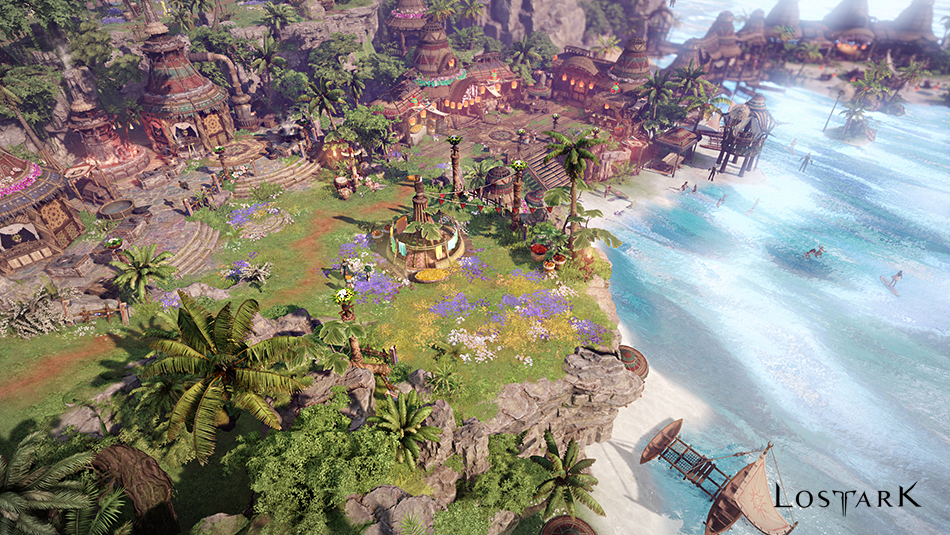 This is the town of Nya , the heart of Papunica .

The name of the Rylai Festival means a happy moment and is also a way of greeting from Papunika. 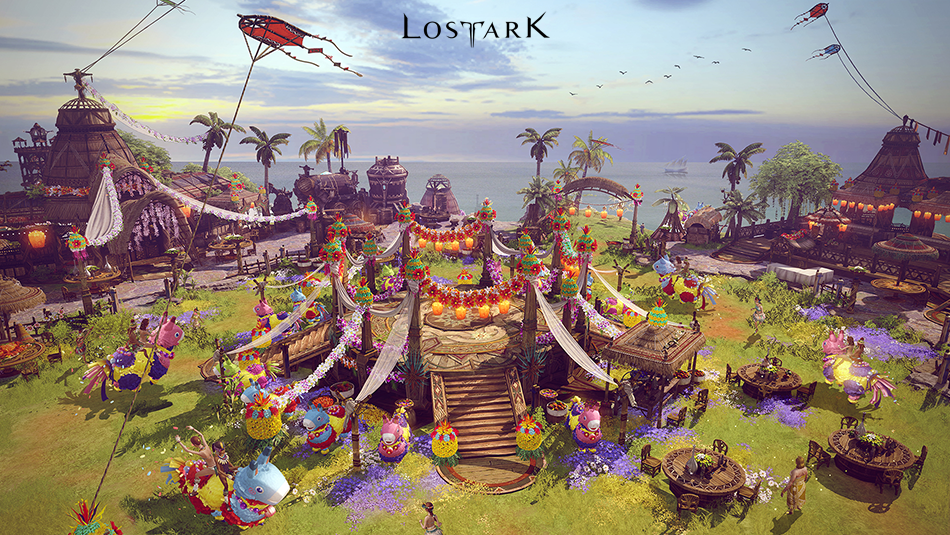 Like the central region of Papunika, the Rylai Festival is held here at the festival square in the town of Nya.

Before the festival is held, we are excited to practice dancing around the square and prepare for the end.

We will prepare delicious food generously, and invite famous singer Verbero to have a festival without lack.

When I hear the stories of Papunika residents, I think they are a great singer.

Papunica’s festival is so much awaited, but it’s a pity if the only thing you’re looking for is a festival.

In addition, Papunika is full of attractions~!

In Papunica, traditional crafts and tombstones with ancestors’ wisdom are filled with indigenous atmosphere.

I thought there were a lot of monkeys in Papunika. If you look closely, this wooden ornament looks like a monkey too!

Moving away, we arrived at the Titicaca colony , where colorful Titicaca flowers are in full bloom .

Titicaca is the name of a blissful flower that was born with Papunica. When I look at Papunica’s Square Hall, I think it seems to be modeled after this Titicica flower.

The story of the chieftain is indispensable to Papunika.

Papunika is a continent that has maintained peace through the powerful power of the patriarchs from generation to generation,

The spot to introduce in the photo is the pond of Aira, modeled after Aira, the first and most powerful chieftain .

During the chain war there was an invasion of the Demon Legion, but Aira defended the place with Albion , the guardian of Papunica.

Her powers have settled in this pond and are still the example of the patriarchs.

There are rumors that  Albion , who defended Papunika with the first chieftain, is still hiding at the origin of Papunika.

However, it has been a long time and no one has seen it in Papunika, which has been stabilized by the powers of past patriarchs.

Near the altar of the village of Nia, a stone statue of the god Albion was prepared, and the Papuanians often come to pray to achieve what they long for. 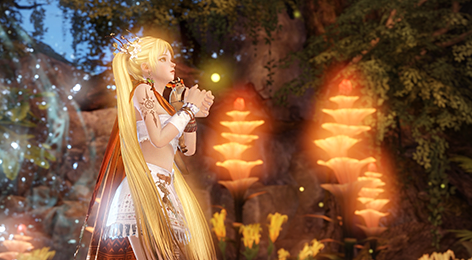 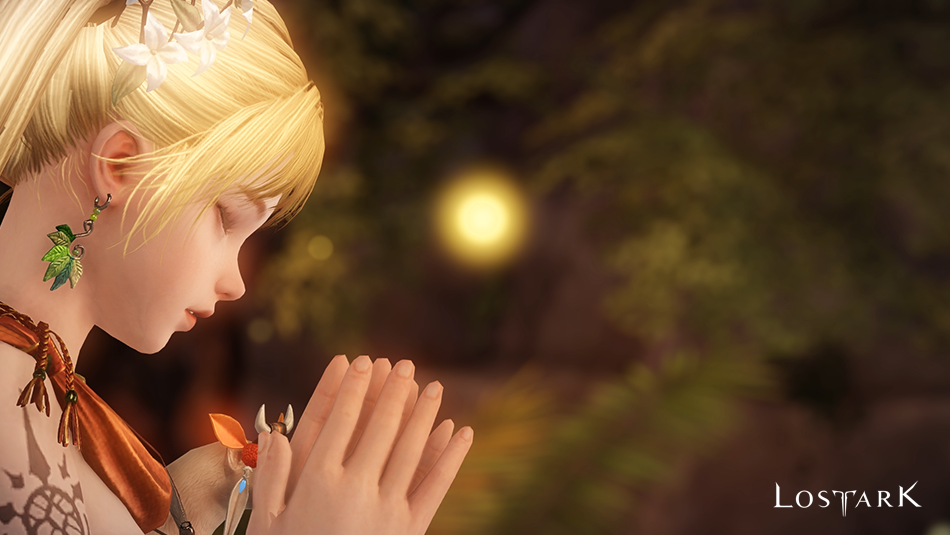 “…So that your children won’t hurt anyone…”

Nya , a girl from Papunica , comes to the Albion statue and prays frequently.

In recent years, the patriarch chief who was in charge of Papunica died suddenly,

Before the festival, Papunika looks peaceful on the surface, but it creates a gap as big as the patriarch’s abilities.

Nia is praying for the end of the Papunica festival and is trying to overcome the crisis with her friends .

Will the historic Papunika Festival be held safely this time?

At night, the star-sand beach, where the sand shines like a star, has a Nazca natural hot spring created by the explosion of the former Oreha volcano .

People in Papunica enjoy the hot spring baths of Nazca on the eve of the festival, but I think the crowds will be attracted to the festival!

If the power of the patriarch as usual was defending Papunika, you wouldn’t have to worry about outside invasion,

In this season, the most crowded people in Papunika…

The roots of harmony that protect Papunica begin to develop! 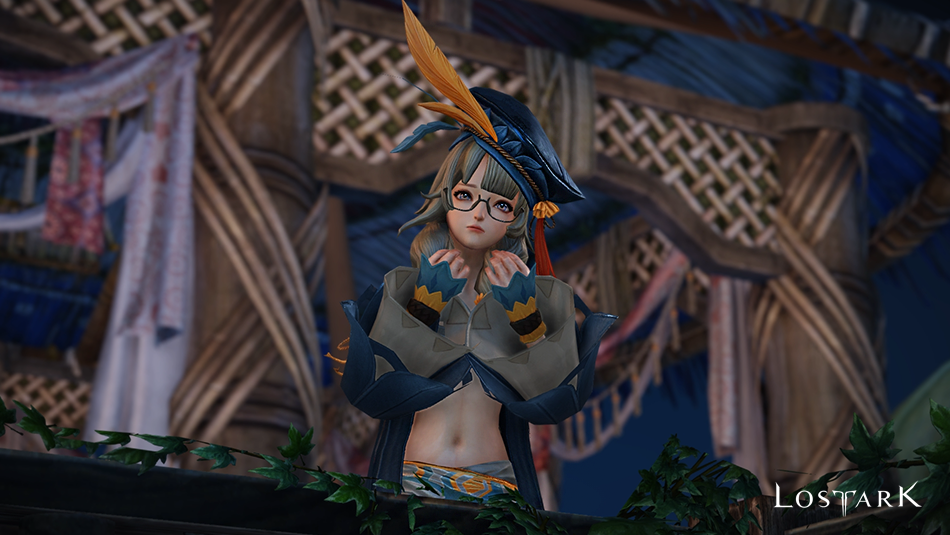 “The root of harmony is the origin of Papena, empowered by Goddess Giena.”

On the star-sand beach, there is  Zahara , a friend of Nya and a scholar of Papunika .

I know a lot about Zahara, so I told her about the secrets of Papunika.

That the Nia peoples of the Papunica continent were born by the goddess Giena and that there are no men,

I heard an interesting story about the roots of harmony that supported Papunika .

And the story that if all the roots of harmony lose power, the Nia will no longer live in Papunika…

The roots of the patriarch and harmony… There seems to be a mysterious secret power hidden on this continent.

Who is destroying the roots of harmony, the root of Papunica? 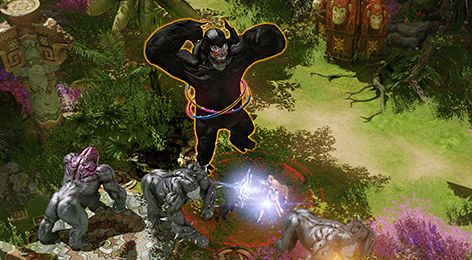 Whether the roots of harmony is the impact of being broken… Papunica’s animals are strangely changing. 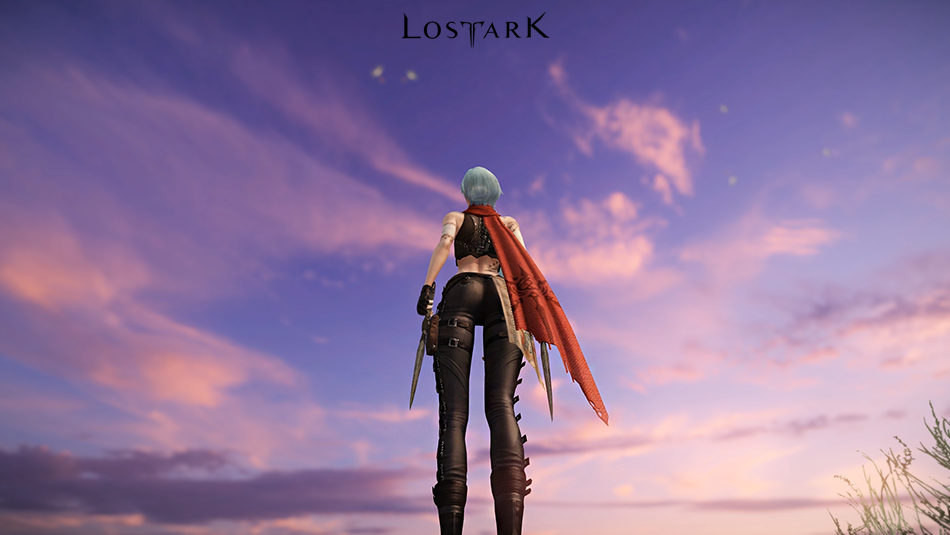 Shana is a child raised by a former patriarch with Nya.

Looking at the red sky, Shana instinctively noticed something unusual happened to Papunica…

The chairman of the vigilante, who was devoted to preparing for the festival, also feels suspicious.

Everyone, including Nia, eventually traces the case together.

The more enemies you dig through, the more powerful enemies appear in bizarre form.

You might be injured if you were vigilant of the Seto -like appearance of a huge drink in a hot spring !

Stella uses magical threads to keep your opponent from moving at will.

Please be careful not to become a puppet in her brilliant attack.

And the roots of harmony that are becoming increasingly eroded …

As the origin of Papunika,’Oreha’s Well’

The draped shadows eventually lead to the wells of Oreha hidden deep in Papunika .

According to the records of the chain war, the Guardian Albion defeated the demons constantly pouring from the volcano Oreha.

After the war ended, there was a huge lake called Oreha’s Well, where both the Guardian and the Devil disappeared. 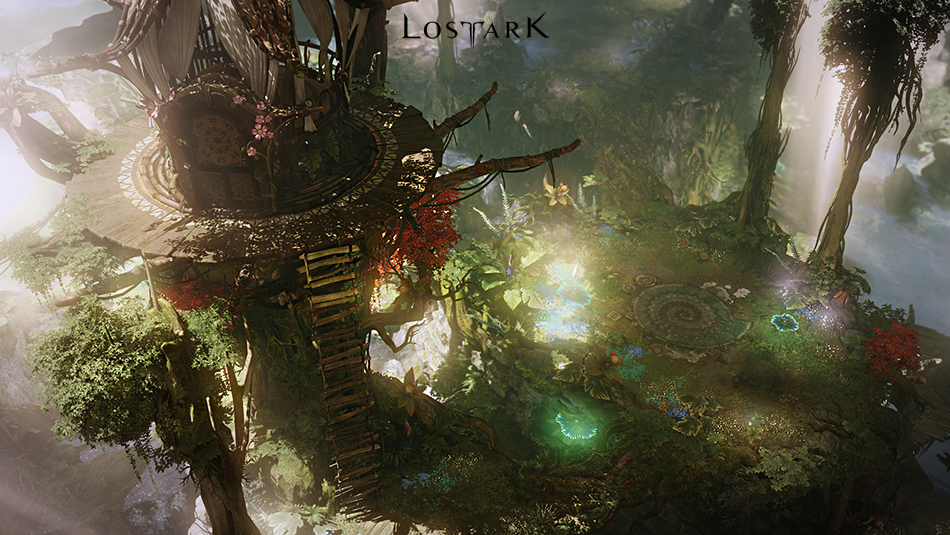 Oreha’s wells are hidden deep in Papunica, so few people know where they are.

The vigilantes who headed to the well first had already been encroached on by the enemy.

The more you head towards the center of Oreha’s wells, the more enemies become stronger.

If you meet Kikera at a well, beware of the mace that quickly wields even in a huge body!

Oreha’s Well will lead the story of the Papunica continent to the end, and it will be a new place to help you grow in the future.

A hidden place that holds the secrets of Papunika, will adventurers reach the entrance to the wells of Oreha? 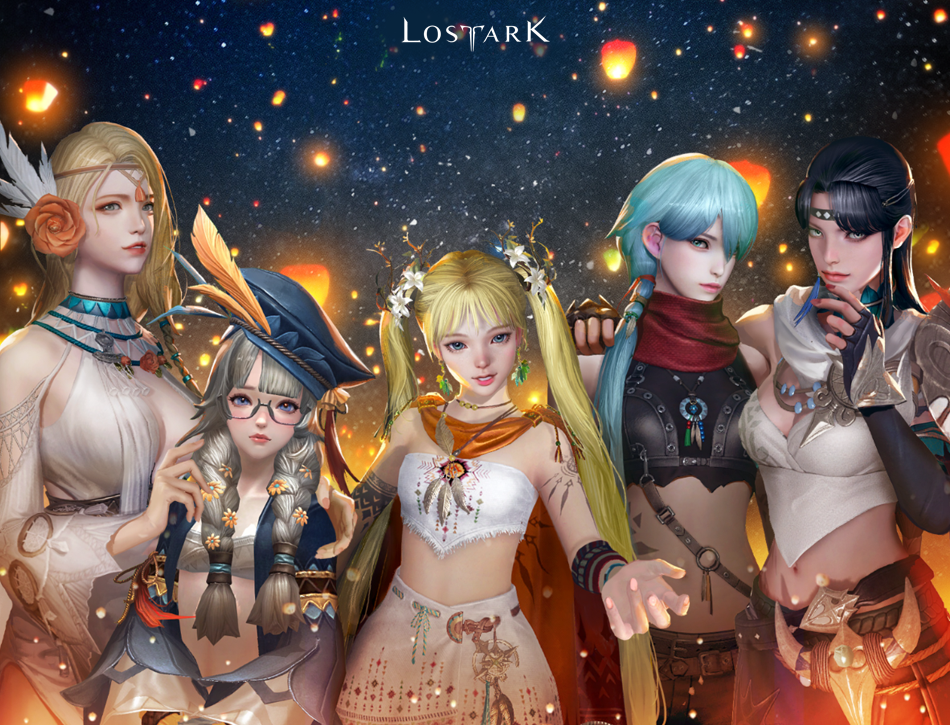 Also, can Nia and her friends join forces to finish the festival safely?

If you arrive in Papunica after the storm, you too are Lyle~Lai! And greet the people of the Nia. 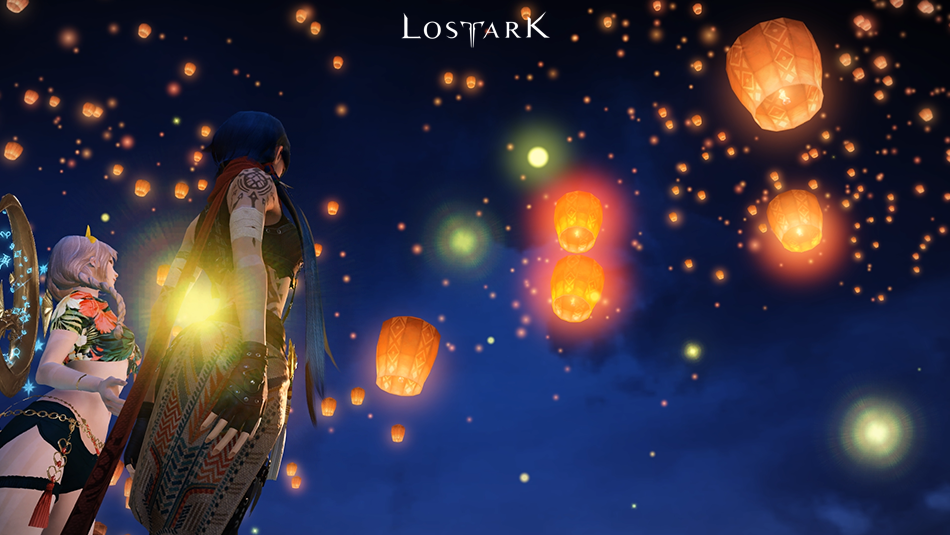 The help of adventurers is essential to making Papunika peaceful, disturbed by the appearance of suspicious characters.

In this place full of Papunika’s charm, we will be waiting for adventurers.

Feel the thrill of an upcoming adventure in advance!

In the next week’s letter, we’ll finally greet you with the news of the new class to unveil. 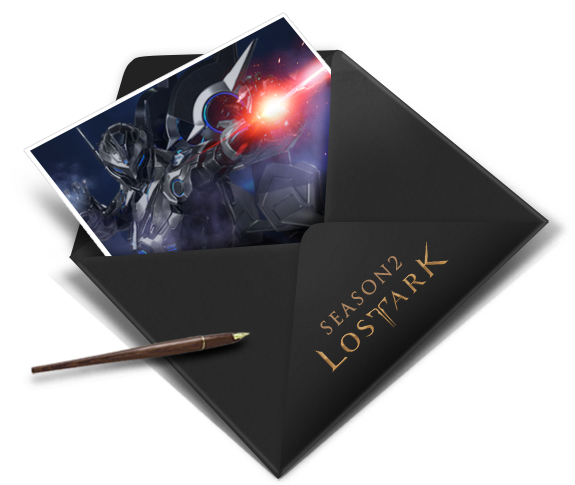